In my free time I've been writing my own TV-show. Here are some early concept designs. Each character pack comes with a 16-bit version, cause I wanted to figure out how to  make a sprite, and I thought it'd be cool. Eventually I think I'll be modelling these characters in 3-D. As for plot, I'll just say, it's highschool. Highschool is the videogame Bit has to win. Classes are like levels, teachers can be bosses, and there's lots of weird video game items/scenarios sprinkled around the school.

Bit: 16 year old Video game hero/Student, his pack is where he keeps the cool stuff he finds. 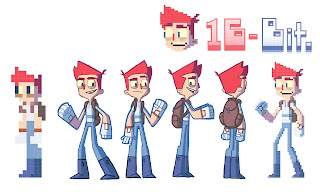 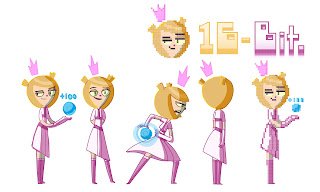 Evil Kid (so far unnamed): Student council president, Rides on an 8-bit cloud, controls an army of evil Goonbots. There will be other evil kids. They hang out together, cause they're all cool. 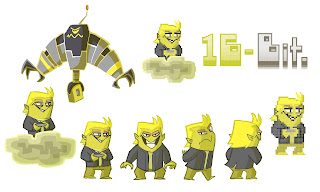 This one's sorta random. I wanted to doodle a teacher, so I made him a robot. Everyone in the show holds items all floaty and open handed, for aesthetic purposes. 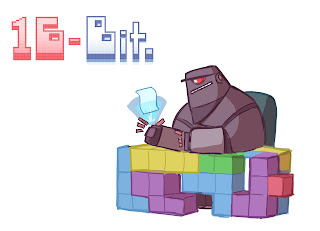 these are lookin' sweet!