They changed up third year a little, so we all have to write and design our own stories for a while. I have 2 written up, and haven't decided which one to go with, so I've just been designing both.
One of them have this forest deity, He's like a duck, a goat, and a lion put together. And when he's not stuffing his face, he can zoom around like a fat humming bird. 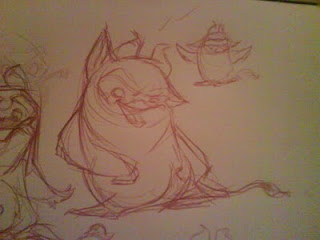 And yes, he can lay on the smolder. 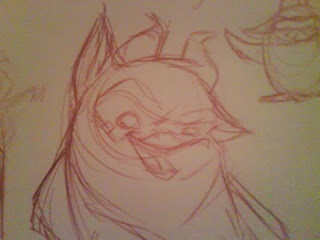 His deity powers let him change people into the essence of their totems. So I made a totem design for him. 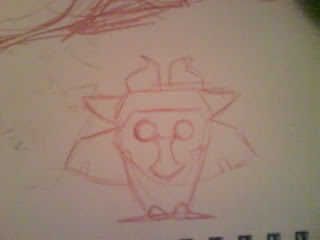 I've also been trying to design an elderly chameleon. This design can't be used, cause he's gotta talk and convey some other emotions. But it just looked so blobby. Maybe I'll refine this one later. 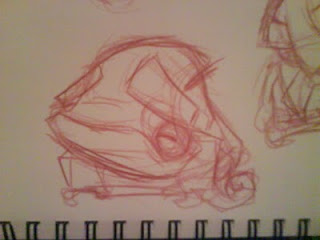