So I've been sculpting this thing forever, and got it to almost done, and decided it wasn't capturing the likeness well enough, so I destroyed it. but I took some pics before that day. I actually had his beard hairs done too, but hey what you gonna do.
I'm restarting him right now, so maybe in another 2 weeks it'll be done, lol. 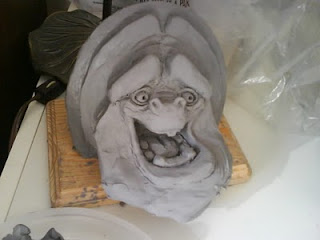 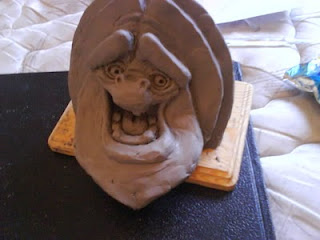 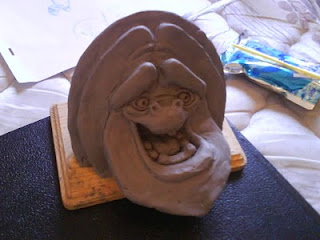 As a special treat, here's an assignment I did a while ago. Had to turn a caricature into a character. I chose Bijan, cause you put a beard and thick eyebrows on, and bam it's him :D. 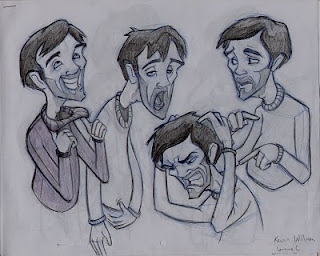 I also took this video with intent of drawing from it. But I guess I've stared at Bijan long enough I could just draw everything from memory. I almost forgot to mention. Purple shirts are chick magnets.
Posted by Kevin Williams at 9:25 PM

Email ThisBlogThis!Share to TwitterShare to FacebookShare to Pinterest
Labels: Sculpture

i don't know why but your last few posts didnt appear on my following thing, and i dont know how to refollow you lol, i like the angry bijan the expression looks awesome, and i can see a lot of you in the drawing in the left, its as if your soul was trapped in bijans body hahah