I've been designing for group film pitch.
Added the little cub's mom today into the lineup. 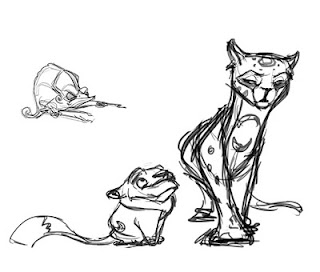 The Ibex below is just a rough concept. I like the idea of him being really old, and a bunch of young doe's around to laugh when the cub fails. 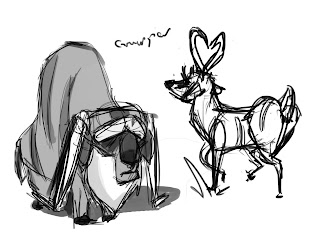 I thought I should put out there that designs don't just come from 1 drawing. This is an actual sheet I made myself after scribbling for a couple hours. I took all the drawings that had an element or 2 that I liked, and put them on one page to self-reference more easily. 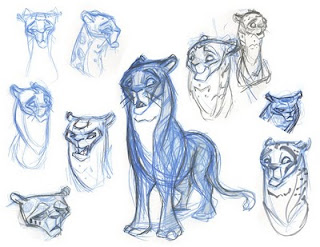 An old design for the chameleon. I had an extra slot for this post, so why not toss it in. 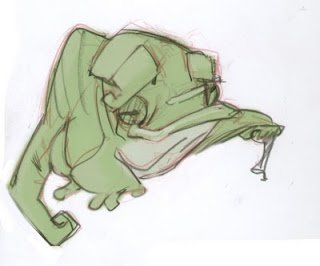 The only other project this year is the Action Analysis Animation!!!
I actually designed like 5 or 6 concepts, with their own little story, maybe I'll scan em in, and post em later. What I settled on was just designing myself into a squire, and swinging a big sword. So there's me, and my medieval made-up father. 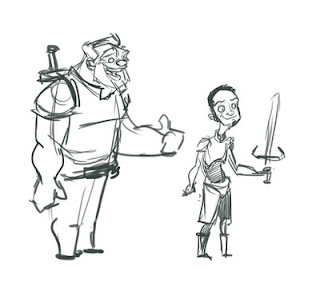 And here's the story reel. Hope it works. Caused me so much grief to put up, lol. Lost it's widescreeniness.
Posted by Kevin Williams at 11:30 PM